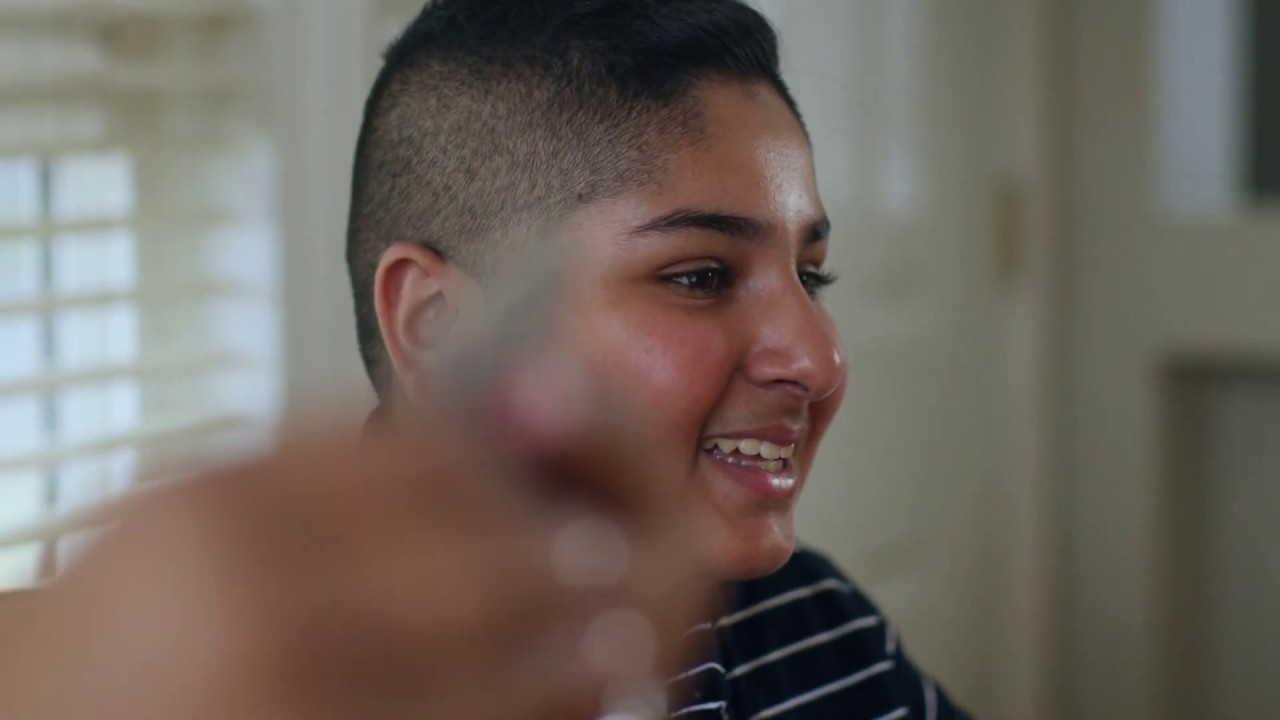 As a child, Jayden didn’t know any life besides the one he was living with type 1 diabetes. Diagnosed with the disease when he was only two and a half years old, it was a normal occurrence for him to prick himself five times a day with needles to check his blood sugar levels and be given insulin injections.

And as a carefree child, he didn’t seem to mind that his play dates all had to happen at his home, and that mealtimes had to remain on a strict schedule, to ensure that his blood sugar levels stayed under control.

But that all changed when Jayden entered adolescence. As he took over managing his diabetes, he started to notice how different his life was from those around him.

“Looking after my diabetes has been hard. If I want to eat dinner, I have to step aside to do my finger pokes and take insulin first. It gets frustrating having to do that five times a day, not knowing when it will stop.” — Jayden

Things came to a head during the spring of 2018, when Jayden was 13 years old. By then, he just wanted to be a “normal” kid.

Jayden quietly decided to stop his blood sugar monitoring and insulin injections. When his parents asked him if he was checking his blood sugar levels and taking insulin, he said he was—but behind the scenes, he wanted to see if he could function normally without doing these things.

As weeks passed, he grew really sick. He would vomit for hours at a time, and complained of excruciating stomach pains.

Things got so bad that during this difficult season of life, Jayden had to be rushed to BC Children’s twice for ketoacidosis, a life-threatening condition that could lead to a coma or even long-term brain damage if not caught in time. This was a huge wake-up call for him.

It was during the second hospital visit for ketoacidosis when he met Dr. Shazhan Amed, a pediatric endocrinologist at BC Children’s, who helped him turn a corner in his treatment and self care.

“Jayden just gravitated towards [Dr. Amed] and they created a bond. She was very straight with him, but she was also very caring and gave him the exact encouragement and education he needed to manage his condition.” — Kam, Jayden’s mom

Jayden’s family credits Dr. Amed and the BC Children’s team for helping them when they needed it most—and for helping Jayden and his family put a supportive plan in place to manage his condition.

Although Jayden’s mom dreams of a day when a cure for type 1 diabetes will be found, she knows that as Jayden grows in independence, he’ll have all the support he needs to stay healthy.

Learn more about Jayden's story and how the team at BC Children's Hospital is working to improve care for kids with diabetes.