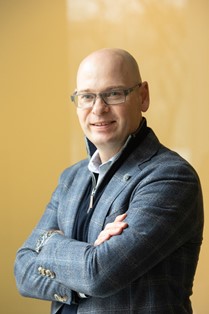 BC Children’s Hospital Foundation’s Board of Directors is pleased to announce the appointment of Malcolm Berry as the organization’s new President and CEO, effective March 2021.

With extensive leadership experience in healthcare philanthropy, Malcolm was appointed after a comprehensive international search. He will succeed Teri Nicholas, who will retire in March after serving as the organization’s President and CEO for the past decade.

“This is an exciting day for our organization. With his exemplary track record of philanthropic leadership and resource development at children’s hospitals across North America, Malcolm is ideally positioned to lead BC Children’s Hospital Foundation forward into its next chapter,” said Lisa Hudson, Chair of the Board of Directors. “We look forward to working with him to build upon the Foundation’s achievements in transforming pediatric healthcare in BC and beyond.”

Malcolm will be arriving from St. Louis Children’s Hospital in St. Louis, Missouri, where he served as Chief Development Officer for nearly four years, driving the hospital foundation’s strategy focused on rebuilding and growth, overseeing its first fundraising campaign in over a decade, and increasing the organization’s revenue by more than 45 per cent. Prior to this, he spent over 10 years at SickKids Foundation in Toronto in many roles, most recently as Vice President, Major Gifts overseeing major gifts, gift and estate planning, stewardship and donor relations.

“I am deeply committed to building a healthier future for our children, and couldn’t be more excited to work with the staff, donors, hospital partners and supporters of BC Children’s Hospital Foundation to continue improving the lives of kids and families through the advancement of philanthropy.” — Malcolm Berry

“I am deeply committed to building a healthier future for our children, and couldn’t be more excited to work with the staff, donors, hospital partners and supporters of BC Children’s Hospital Foundation to continue improving the lives of kids and families through the advancement of philanthropy,” said Malcolm. “It is an honour to join such a respected organization that has helped make life-changing things possible for the children of the province. During this critical time, the importance of safeguarding the current and future health of our children has never been more paramount. I look forward to working with the Foundation’s team and its partners as we advance this priority with innovation and care.”

An active community volunteer, Malcolm has also served in leadership roles with The Woodmark Group, a North American organization of premier children’s hospitals, and the Canadian Association of Gift Planners. He will be returning to Canada with his wife and two children.

Along with Malcolm, BC Children’s Hospital Foundation also extends a warm welcome to Akash Rattan, who began his new role as Vice President and Chief Financial Officer at the Foundation on January 11, 2021. Akash will succeed Hitesh Kothary, who will be retiring from the organization at the end of January after serving five years in the role. 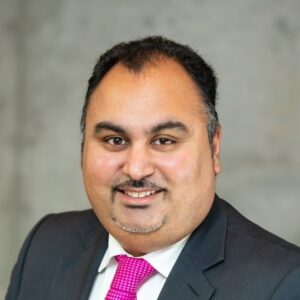 A seasoned financial veteran, Akash has served as Vice President, Finance at BlueShore Financial; Treasurer and CFO at BC Teacher’s Federation; and Director, Finance & Corporate Controller at BCAA. He holds a Bachelor of Commerce degree from the Sauder School of Business at the University of British Columbia, and a Masters of Professional Accounting degree from the University of Saskatchewan. He received his Chartered Accountant designation from the Institute of Chartered Accountants of BC in 2003.